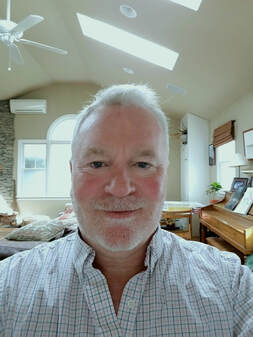 ​Jim is an alumni of Portsmouth Abbey and New York University. He resides in North Stamford CT with his wife and three children and is an active member of the community. He is an avid outdoorsman and an accomplished sailor and competitive sailboat racer. 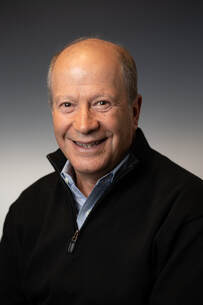 Larry Caruso, Vice President
Lawrence (Larry) Caruso was born in New York City.  He received a Bachelor’s Degree from Union College in Schenectady, NY and an MBA from the Amos Tuck School at Dartmouth College.  He has worked as a Human resources professional his entire career first as a consultant at PWC, followed by time at what is now Kraft Foods Group.  He then spent 15 years at General Re Corp which is a Berkshire Hathaway Company and concluded his career at GE where he worked at GE Capital, GE Headquarters and finally at GE Appliances in Louisville where he retired in 2013.

Larry has served on the Board of Jobs for America’s Graduates since 2004 and is currently the Board Chair of its affiliate Jobs for Kentucky’s Graduates. JAG is a drop-out prevention and job/life skills training program for at risk youth.  He is on the Board of the Lincoln Foundation as well as the Bart Adaptive Sports Center in Vermont where is he also volunteers to help disabled kids learn to ski and enjoy the outdoors. Larry is married to Gail with 3 children. He enjoys spending time with his family, golfing, skiing, biking, yoga and theater. Larry and his wife Gail reside in Winchester, MA and Dorset, VT and are passionate about enhancing education opportunities for at risk youth. 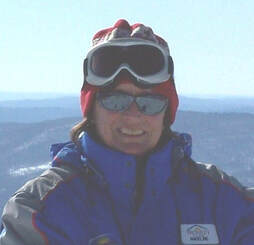 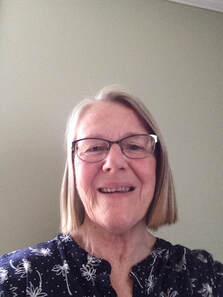 Laura Heinel​, Treasurer
​Laura and her husband, Jim, have lived in South Dorset since 1985, when they built their family home. While working as a bookkeeper or as a server in the local restaurants, Laura continued to be involved in volunteer work of one sort or the other, generally, with a program that impacted children or those around us - The Bromley Outing Club, JISP, and the Dorset School Board while her children were growing up; then literacy, hospice, and cancer related programs after being diagnosed with cancer in the 90's.  Now retired, Laura is involved with the Manchester Historical Society & the Bart Center.

In 2014 Laura & Jim became host parents to international students from Long Trail School. Over six years time they have had the privilege of hosting nine different students from three different countries.  They are still close to many of the students who are now members of their extended family 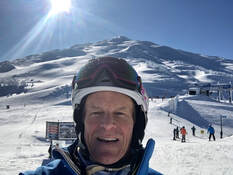 ​Robin Hogen
​Robin grew up skiing at Bromley – back when all of the lifts were J-Bars. He skied competitively at Andover and Yale and - fast forward - now enjoys skiing with his four grandchildren.  After retiring from a career in communications and public affairs, Robin and his wife now spit their time between their beach house in South Norwalk, Connecticut and a ski house in Bondville.

Sharing the joy of skiing with people with disabilities has brought new meaning to the sport for Robin. There is nothing he likes to do more than follow Betsy down the mountain - and try to keep up with her!

When he is not skiing, Robin enjoys sailing, cycling, kayaking, windsurfing, and playing tennis and golf. He is a Fellow of Branford College and serves on the Board of Discovering Amistad and the Yale Club of New York City. 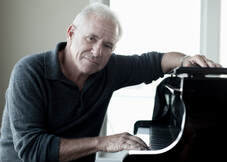 Mason Daring
Mason Daring is a film composer based in Marblehead Massachusetts, and Pawlet, Vermont. He has composed music for over 75 feature films, working with such directors and producers as John Sayles (Eight Men Out, Passionfish, Matewan, and Lone Star), Wes Craven (Music of the Heart), Tom Hanks( Earth to the Moon),  Tony Goldwyn (Walk on the Moon,) and Matt Williams ( Where the Heart Is).

​In addition to dramatic scoring, Mason Daring has written scores for dozens of documentaries, including Frontline and Nova.. As the proprietor of Daring Records, he has produced such well known artists as Butch Thompson, Jeanie Stahl (with whom he has performed nationally for over forty years), Duke Levine, and Guy Van Duser and Billy Novick. He grew up learning to ski at Bromley, and has been a part of the BART program for five years, and served on the board for the last two. 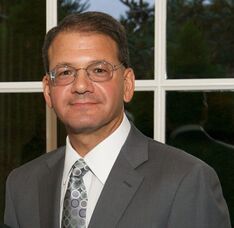 Steve Kerstein
​​​​Steven Kerstein is a retired businessman residing in both Westchester County, New York and on Stratton Mountain in Vermont.  Steve spends the vast majority of the winter and much of the summer and early fall in Vermont.

Since retirement in 2010, Steve has been active in the Stratton community.  In addition to being a member of the Bart Center Board, Steve is currently the President of the Stratton Foundation, which he has been involved with since 2010, having served as Treasurer prior to becoming President in 2016.
Steve has also served as the Treasurer and board member of the Stratton Trailblazers from 2012-2017,    was on the Stratton Mountain Club Advisory Board from 2012-2018,  having served as Board Chair from 2013-2018, and is a Board member and the Treasurer of the Stratton Family Fund.
​
Steve is married to his high school sweetheart, Diane Kerstein, who is a part- time pediatric cardiologist in Westchester County, New York.  Steve and Diane have two adult children, Jason and Emily 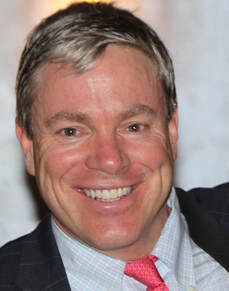 ​​Bob Gibbons
Bob began his career as a Financial Advisor at Morgan Stanley nearly 30 years ago after graduating from the University of Richmond in Virginia. Along with his two partners, Bob founded the Fulcrum New York Group at Morgan Stanley to harness the full resources of the firm. As a Senior Portfolio Manager and Family Wealth Advisor, Bob works with high net worth families to develop, implement and monitor tailored investment strategies designed to achieve a client’s goals.
​
Bob grew up skiing at Bromley and his family has owned a home in Bromley Village for about 40 years. He is married to his high school sweetheart and lives with his two children in his hometown in Connecticut. Bob has served as a coach in both little league baseball and youth soccer for his two children. He supports many local charities and is an active member of the New Canaan Exchange Club where he serves on the Grants and Donations Committee.  Additionally, Bob is a strong supporter of the University of Richmond and serves on the Alumni Recruitment Committee, the College Fair Committee and previously served on the 25th Reunion Committee.  Bob’s first year at the Bart Center was the winter 2016/2017.  He and his two children volunteer as Ski Instructors for the Bart Center. 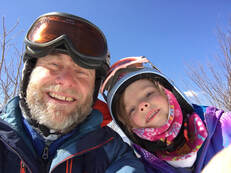 Greg Eckhardt
Greg began volunteering at The Bart Center in the winter of 2017-2018 and has been on the Board of Directors since 2018. He grew up skiing at Bromley and Stratton Mountains and currently lives in Landgrove, VT. He retired from the US Army after a twenty-four year career which spanned equal amounts of time on active duty and in the National Guard.  Greg is also a retired Vermont State Game Warden. He is a PSIA certified Level One Adaptive and Level One Alpine instructor and thoroughly enjoys helping those with disabilities learn to ski or improve on their skills. In addition to skiing he enjoys hiking, SCUBA diving, running, hunting and fishing. 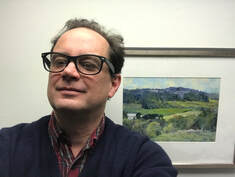 James Young
James and his wife Sara live in Weston Vermont and are loyal Bromley skiers.  James is an attorney with offices in Londonderry and Ludlow Vermont. ​ 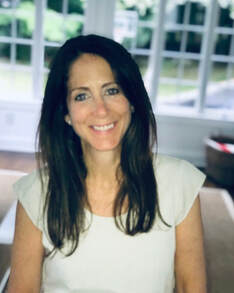 Peggy founded Carter Holland Recruitment in 1998, a boutique consulting company that services the Asset Management community. Before that, she spent six years at Shearson Lehman Brothers in Human Resources. In 1991, she graduated from the University of Wisconsin.

Peggy grew up skiing in Vermont with her childhood best friend and next-door neighbor, Bart Ruggiere. She loves the work the Bart Center has done thus far and is excited to be a part of it moving forward.

When she is not skiing, Peggy loves to run and participates in races all over Fairfield County, CT. She also loves to hike and spend time with family and friends. She lives in New Canaan, CT, with her family, but has long loved Vermont.
UA-80810796-1